ANB Investments (Pty) Ltd is the South African registered holding company of a diverse group of agricultural companies that developed individually until 2008, when it amalgamated as one operating group, known as the ANB Group.

Our strengths lie in the common corporate culture engendered within the group; client relationships; providing excellent quality products and services; and our business-orientated management team.

Our principal operations are in intellectual property (focusing on citrus and other fruit types), nurseries, farming, packing, marketing and brand activities. Most of our businesses hold leading market positions. 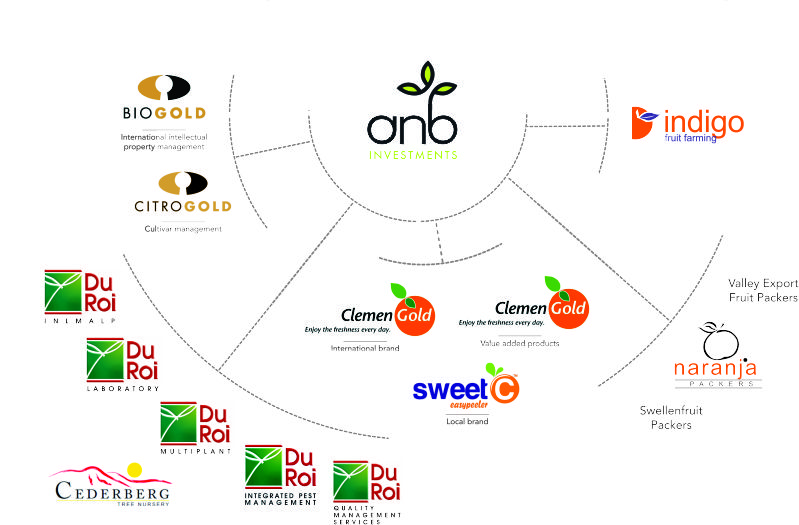 The origins of the ANB Group go back to when current Chief Executive Officer, Abraham van Rooyen, founded the Du Roi Nursery in 1989. In the years that followed, Abraham played an integral part in the establishment of the Du Roi Laboratory in 1994, which was soon followed by Du Roi Multiplant and Du Roi Integrated Pest Management. A significant step was taken in 2003 with the planting of the Group’s first Nadorcott orchards. A new identity was created in 2008, when the Du Roi companies, Indigo Fruit Farming and Naranja Packers, consolidated into a co-ordinated operating group, namely the ANB Group.